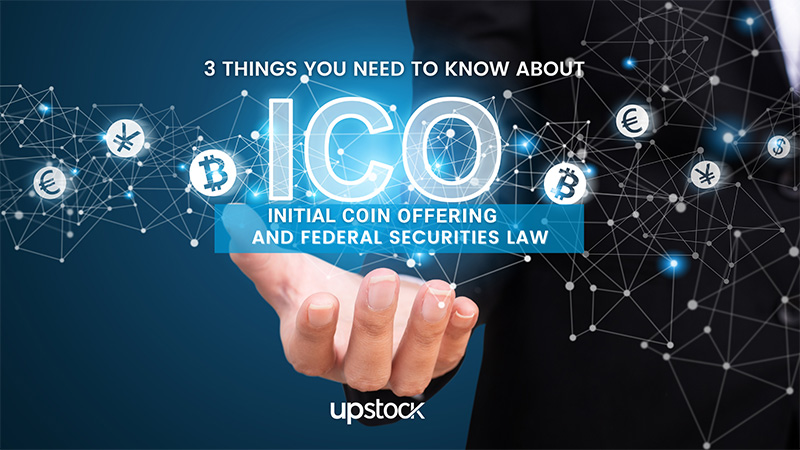 Crypto companies working on a new coin or token project dream of making it big with an initial coin offering (ICO). As its name would suggest, an ICO is like an IPO, using crypto instead of stocks. Successful launches are able to rake in millions (to billions) of dollars from hopeful buyers and speculators who plan to resell them at a massive profit.

In 2018, for example, EOS blockchain managed to raise more than $4 billion in an ICO that ran for almost a year. The EOS token ICO was the biggest the world has ever seen. But while its launch was a great success, it failed to live up to the hype post-ICO. Internal and structural issues as well as suspicions of fraud plagued the crypto project which resulted in a sharp decline in the market value of its token. In 2019, the SEC imposed a $24 million fine against the creators of EOS, block.one, for conducting the ICO without proper registration.

This cautionary tale is a perfect example of why government regulators are wary about ICOs. Most of the time, they expose retail investors to a high degree of risk arising from the inherent volatility of its market and the vulnerability of its participants to fraudulent schemes.

Knowing where the SEC stands as to ICOs is important in understanding the current regulatory landscape. Thus, in this blog post, we take a look at three important SEC reports and guidelines to give us an idea of their present legal view on ICOs.

1. The DAO Report: Securities are defined by the nature of a transaction rather than the form, name, or characterization given to the investment vehicle.

The EOS affair was far from the first time that the SEC found possible violations of federal securities laws from blockchain and crypto companies that conduct unregistered ICOs. It was also not the first time that a crypto project fell prey to bad actors who took advantage of its security vulnerabilities.

In 2017, the SEC investigated a German blockchain and IoT corporation called Slock.it UG. Slock.it UG led to the creation of an unincorporated entity called the DAO. The DAO was an example of a decentralized autonomous organization that was supposed to run as a “virtual organization embodied in computer code and executed on a distributed ledger or blockchain.”

From April to May 2016, the DAO conducted an ICO that offered and sold DAO tokens, the proceeds of which were supposed to fund projects that would be proposed by the token holders. Holders of the DAO token were likewise promised a return on their “investments” should these projects earn a profit.

In June 2016, however, an unknown group or individual was able to divert around 3.6 million ETH raised by the DAO to a blockchain address controlled by the attackers. This event caught the attention of the SEC which detailed the findings of its investigation in what is now known as the “DAO Report.”

In the said report, the SEC found potential violations committed by the DAO, Slock.it UG, and its founders. The SEC concluded that DAO Tokens were securities covered by existing regulations on securities.

What is particularly interesting about the SEC report is its finding that blockchain coins or tokens may still be deemed as securities notwithstanding their digital nature. The SEC stated that what should be determinative is the “economic realities underlying a transaction” rather than the form, name, or characterization given to an investment vehicle. Moreover, the SEC emphasized that federal securities laws apply even to unincorporated organizations or foreign corporate entities so long as they offer and sell securities in the United States.

Nevertheless, despite these findings of possible violations, the SEC in the DAO Report stated that it decided “not to pursue an enforcement action” for the time being.

2. The SEC’s Framework for “Investment Contract” Analysis of Digital Assets:  Not all digital assets are securities using the Howey test.

In 2019, the SEC’s Strategic Hub for Innovation and Financial Technology released a document called the Framework for “Investment Contract” Analysis of Digital Assets which provided more guidelines and clarifications to the application of federal securities laws to ICOs.

The framework relied on the U.S. Supreme Court’s decision in SEC v. W.J. Howey Co. that gave rise to what is now known as the Howey test—a test often used by courts to determine whether a contract, transaction, offering, or scheme is a “security” under federal law.

In analyzing whether a particular transaction or scheme is an “investment contract” or security, the Howey test looks into whether there is (1) an investment of money (2) in a common enterprise with a (3) reasonable expectation of profits to be derived from the efforts of others. The existence of these three elements indicates the existence of a security.

The SEC’s framework, however, acknowledged that digital assets like blockchain coins or tokens are not necessarily securities just because they are offered and sold to the public with an expectation that their value would increase.

For example, digital assets that are supposed to function as a “virtual currency” are not necessarily a security if its main purpose is to be a substitute for fiat or real money (and not as an investment vehicle). The SEC also recognized that tokens which “represents rights to a good or service” may not be securities if they are primarily utilized or consumed to redeem such goods or services.

3. The TurnKey Jet, Inc. No-Action Letter: Utility tokens must be usable the moment they are sold and marketed for their functionality rather than their ability to rise in market price.

For issuers of utility tokens, the SEC’s no-action letter to TurnKey Jet, Inc. in 2019 is a major positive development. A no-action letter is a letter from a government agency (e.g., the SEC) that states that it will not recommend legal action against the requesting party upon evaluating its planned course of action.

In a way, this no-action letter is historical in that it is the very first of its kind insofar as blockchain tokens are concerned. The SEC reached this decision by looking into the nature and character of the TKJ token and observed, among others that, the tokens were “immediately usable for their intended functionality (of purchasing air charter services) at the time they are sold.” The SEC also noted that the TKJ tokens were “marketed in a manner that emphasizes the functionality of the Token” and not the potential for the token’s market value to increase. These factors definitely helped emphasize the TKJ token’s “utility.”

Despite the SEC continuing to provide more clarifications and guidance, uncertainties remain as to the legal status of ICOs. The pro hac vice approach that the SEC appears to presently adopt does not completely erase the risk of potential violations and subsequent enforcement action.

While regulations are still in flux, it is important to deal with ICOs or any other token issuance with diligence and care. Legal solutions like Uptoken allow you to do this in the area of employee compensation by ensuring that token-based awards to workers and employees are compliant with existing laws and regulations on the matter. If you are planning to issue tokens to workers and employees but have some doubts as to its legal implications, we are here to talk and help.